Get to Know Mullein

Mullein is a biennial plant that grows practically everywhere. Known for its towering height (approximately 2 meters), bright-colored flowers, and fluffy, hairy leaves, Mullein has been used for centuries as a medicinal plant to treat various pulmonary conditions, rheumatism, and ear infections, as a torch and as a dye for hair and fabric.

Mullein is one herb that is easy to harvest locally, here in California, and it is a good supplement to keep handy for lung health. We use it during wildfire season and when dealing with irritations and infections caused by viruses and allergies. And it is also the herb we use during my fall detox group program. During the Seasonal Fall Restart program we focus on the lungs and the large intestines, since these organs are associated with the autumn season, according to the Chinese system.

Mullein is well known as a traditional treatment for respiratory problems, offering relief with chest colds, bronchitis, and asthma. Both the leaves and flowers contain mucilage, which is soothing to irritated membranes, and saponins, which helps with coughing. The herb has strong anti-inflammatory traits, and some studies indicate that mullein flower infusions have antiviral properties, as well. Some studies also claim that it contains glycyrrhizin, a compound that aids in wound healing.

Mullein helps remove excess mucus from lungs while soothing the mucus membranes. People who suffer from symptoms of bronchitis, heavy coughing, chest colds and asthma may find relief from mullein (leaf and flower) tea. It also contains mucilage, a gelatinous substance which soothes any irritated membrane.

How to Use Mullein

For sore throat, coughs and other upper respiratory issues, brew a strong mullein tea using 1 cup of boiled water and 1–2 teaspoons of dried leaves or flowers. Let the mixture steep for 10–15 minutes. Drink at least 1 cup per day until symptoms improve.

Cover the flowers with olive oil in a glass container with a lid, set the container on a sunny windowsill to steep for 3 weeks, strain and store in dark glass bottles. 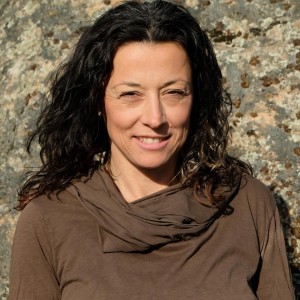 Healthy Calories Here is a special treat for the winter season, and for those needing some healthy calories in their diet. Like pregnant women and Warming Foods for the Winter Season

The Energy of Foods In our western world we assess food based on its nutritional value; how much protein, fat and calories it contains. In Why Soak or Ferment Whole Grains?